Juanita Burr, nee Broderick, was a resident of Nudgee Orphanage, Queensland, from 1944 (the year of her birth) to 1961.

Dhurringile Rural Training Farm for Boys opened in Tatura, Victoria, in 1947. The photograph below, taken on 12 September 1961, depicts five boys from the Quarriers Home near Glasgow, Scotland, leaving to travel to London on the “Flying Scotsman” where they boarded the SS Orion to travel to Australia. The boys are saying farewell to their cottage mothers and the superintendent who were responsible for their care in Quarriers Homes.

The boys arrived in Australia on 15 October 1961 and were taken to Dhurringile Rural Training Farm for Boys until it closed in 1964. Those who were left were transferred to Kilmany Park Home for Boys in 1964. Hugh McGowan stayed there until early 1966 when he left the institution system for good.

I was admitted to Winlaton on the 14th of Sept 1959. I was on remand for a few months in Goonyah – the lock up block at Winlaton. I travelled to Bendigo court a few times, then I was made a ward of the state until I turned 18. I was committed under my stepfather’s name which was Koplick. I only found out when I went to court that my real name (birth certificate) is Meyers. I was there until 3/2/1962 when I was sent to QLD to my stepfather, who was deemed unsuitable in my files. I still do not know why they sent me to him. All the reports about him including the accommodation were unsuitable. I was given a tiny room at the back of his farm house, it did not have a real bed only boards supported by small stumps of wood. For bed covers he gave me an old army great coat. In fact he did not pick me up from the airport, he sent the local publican to get me. I had to stay with them at their hotel until he picked me up. 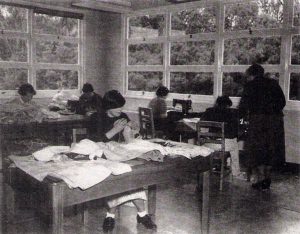 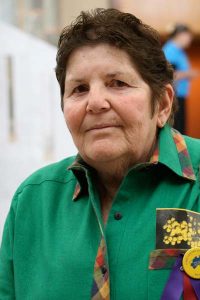 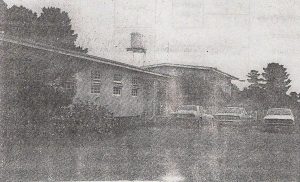 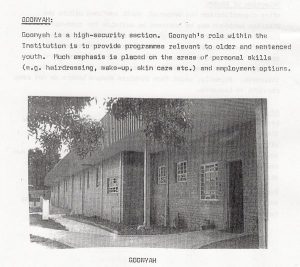 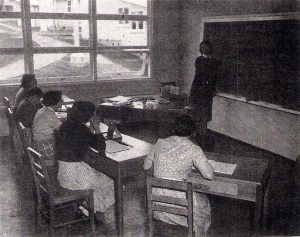 I ran away to find my mother who was living about 80 km away at Parckridge. I hitchhiked to her place and when I got there she was not there, so I waited in her house until she finely came home. She was amazed to see me. She did not want me to stay with her as she said she had made a new life and family. So she and Bob took me back to Waterford to my stepfather. I was not there long when I hitched back to Melbourne, to girls I really did know from the home. It did not take long for the police to pick me up and I was back in Winlaton again in 1963. I can not remember how long, but I am sure it was only for a few months, then off to Fairlea Women’s Prison. Another revolving door, for the next few years.

Goonyah is the first block that I was sent to in Winlaton, it was the secure lock up block. We never went outside from this block until we were deemed fit and behaving to the screws’ liking, and then we would earn the privilige to be transferred to Warrina, the second block. There we were always locked in at night. However we were allowed to go to school or do chores during the day. The next block was Karingal, this was the last block that we went to if we were behaving at Warrina. This was called the open block,where we were groomed to be sent home or to Leawarra hostel or foster parents.

I was sent to Leawarra twice, but I absconded with 3 other girls.We were caught at Wodonga and sent back to Goonyah.

Bonney Djuric was funded by the Parramatta City Council through the Parramatta Heritage fund to write social history of Parramatta Girls Home entitled “Abandon all Hope”.  Here is a promotional video of Bonney’s unpublished manuscript.

In November, 2009, Nicky Troccoli-Dennis and Maxine Harrison visited the site of the former Fairbridge Farm School, Molong, New South Wales. Here is a sample of her telling photographs:

Graham Evans has released a new video for his songs. Music and lyrics by Graham Evans. Lead guitar and mix by Jeff Ferguson. Editing by Lisa Blythe.

Mike O’Donoghue came to Australia as a Child Migrant in the 1950s and was placed into Clontarf Boys Town in Perth, Western Australia.