Born in Victoria, Bonney spent her childhood years in rural Gippsland. She is the second eldest of six siblings and divorced mother/foster mother of five children.

By the time she was 9 her father had deserted the family leaving them in poverty and driven by shame and desperation her mother relocated the family in Sydney. In those days women’s wages were low and government benefits were well below the poverty line. Evicted from their home help came in the form of public housing in Sydney’s far western suburbs. Bonney continued at school until 14 leaving to take work as a junior office assistant. Again tragedy struck when she was picked up on her way to work one morning and raped. A court hearing ensued and the offenders were exonerated. For months following the case Bonney and her family were harassed by the offenders and others and in desperation she ran away trying to make her way back to her grandmother in Victoria. Eventually picked up by the welfare she was charged with Exposed to Moral Danger and committed to Parramatta Girls Home by the time she was 15.

Married at 20, her life settled and she became a mother of two, however the legacy of her childhood remained unresolved and her marriage broke down in her mid thirties. A decade later she lost two sisters, one of whom was a single parent of three. Taking the children, Bonney once again became involved with the welfare system. Facing an uncertain future Bonney was determined to make changes and it was from this that her engagement with other Forgotten Australians began. 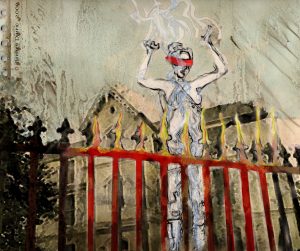 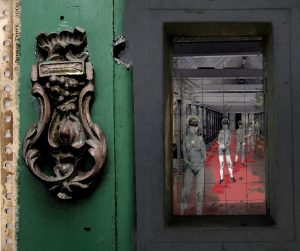 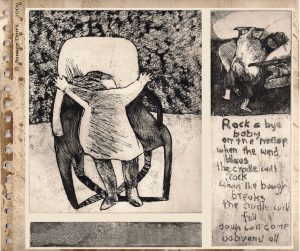 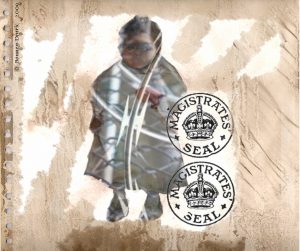 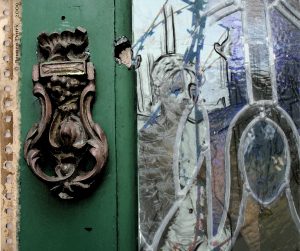 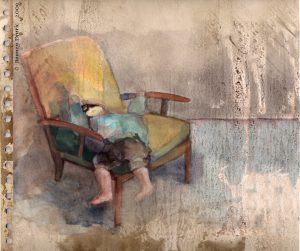 What does it mean to be a Forgotten Australian?

Firstly, it gives me a sense of belonging – this may seem rather strange – but for me like so many others we’ve had to grapple with a sense of being invisible and also a sense of powerlessness. In practical terms this affects all aspects of our lives and presents difficulties in expressing our needs to authority figures such as doctors, Centrelink, legal people, police etc.. for instance when my sister died back in 2000 I took care of her 3 young children, twins aged 9 and elder boy 10 years. This brought me in contact with the “WELFARE” department for the first time since 1970 when I left Parramatta Girls Home where I had been thoroughly convinced that I was worthless – and worse that I had a criminal record which of course I didn’t.

As I had always worked I had no experience in dealing with Centrelink and after 18 months of supporting the children I was informed by a Children’s Court solicitor that from the outset I was entitled to a foster carer’s allowance.

Irrational as it seems,  I also feared that the welfare would take the kids if they knew who I really was and as a result I was reluctant to ask DoCs for the help and support needed. This fear is shared by many Forgotten Australians who learnt at a young age that there were always consequences if you dared to ask. Rather like Oliver Twist’s request for more porridge!

With my new circumstances came a resolve that I would do everything I could to break the cycle that had been my experience, my mother’s and those of my sister and her children. I began to examine my past, ask questions and confront my fears. My first point of call was Parramatta Girls Home – now the Norma Parker Detention centre for Women. Now many years later I no longer have a sense of fear and apprehension when visiting the site and through personal experience have learnt a way to dispel the ghosts of the past.

Throughout the years I’ve engaged with the issues facing many Forgotten Australians and in 2006 formalised my activities in forming Parragirls.

What does the apology mean to me?

Really there’s no easy answer but I can say that for some it has brought a sense of closure and increased awareness of a ‘hidden’ history in Australia. It’s one step in what I feel will be a long journey to an unknown destination. On a personal level I was touched by Kevin Rudd’s acknowledgment  that many Forgotten Australians did not survive to see this day – those who had died ‘forgotten’ or by their own hand like my sister.

The apology brought together so many people in one place, yet each of us was in that very ‘alone’ place – the place of a child’s nightmare with our memories and those of all who we remember. I recall Kevin Rudd saying “today you are no longer the forgotten Australians but rather the remembered Australians”,  and perhaps just for that moment we were.

But what of the future?

However well intentioned or well received the apology may be it does not equate to forgiveness – that is a side of the equation which each of us must find alone.

I’ve learnt that I have to be the change I want and will continue to lobby for the preservation and dedication of Parramatta Girls Home and the adjacent Female Factory as a Living Memorial to the Forgotten Australians and others who have been marginalised by society.