Janice Konstantinidis was an inmate in Mount Saint Canice, Sandy Bay, Tasmania, where she worked as an unpaid child labourer in the Good Shepherd Sisters’ commercial laundry. Janice now lives in California in USA. Here she shares her writing about her paternal grandmother. END_OF_DOCUMENT_TOKEN_TO_BE_REPLACED

Interdisciplinary artist Rachael Romero is currently creating the Magdalene Laundry Diary drawings for her forthcoming film. Here she shares some more images from her work in progress. END_OF_DOCUMENT_TOKEN_TO_BE_REPLACED

Former Child Migrant Rupert Hewison shares his personal history, from his time at St. Faith’s Home in Surry, UK to his being sent to Fairbridge House ‘Tresca’ in Tasmania. END_OF_DOCUMENT_TOKEN_TO_BE_REPLACED

“Institutional abuse does not stop when we age out of the system”. Former Senator Andrew Murray shares the essay that he co-authored with Dr Marilyn Rock The Enduring Legacy of Growing up in Care in 20th Century Australia. END_OF_DOCUMENT_TOKEN_TO_BE_REPLACED

Forgotten Australian Diane Mancuso, who recently re-connected with her UK-based sister, shares a poem about her family’s history, written by her nephew, Simon Houlders. END_OF_DOCUMENT_TOKEN_TO_BE_REPLACED

[2019 note] This interview was previously available on the 666 ABC Canberra website.

Forgotten Australian and author Lily Fontaine has published her autobiography The Other Side.

At the tender age of four, a young child is left with no mother, father, or siblings. Suddenly there is no one for her to turn to. There is no one to trust. Yet through all the fear and deep sorrow she must learn to survive.

Over seventeen years in the writing, this is the untold true story of Lily Fontaine (artist, author, and poet). Though it is a story unlike any other, if nothing else, The Other Side will keep you thinking long after the last page has been read.

But no matter what one may believe about near-death experiences or angelic visitation, this powerful account of tragedy and ultimate survival, will leave you wondering how any child could have survived as she did.

This compelling self-published autobiography of a Forgotten Australian, is dedicated to the memory of all those ‘forever young’ who can never come to tell their own stories; and for every survivor who would choose never to.

For enquiries about The Other Side please contact the author at: lilyfontaine@hotmail.com

Josephine Littlehawk generously donated her scrapbook to the National Museum of Australia. It contains photographs and memorabilia relating to her childhood at St Joseph’s Orphanage Goulburn and recent inquiries, apologies and memorials. 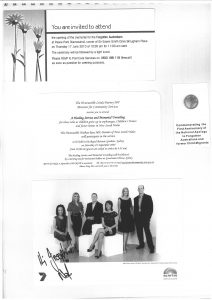 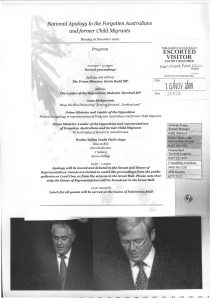 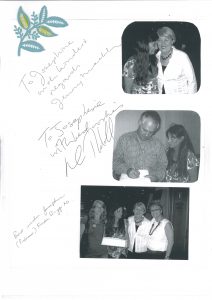 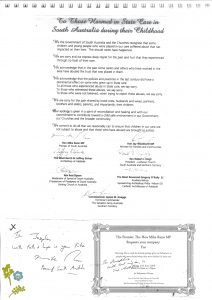 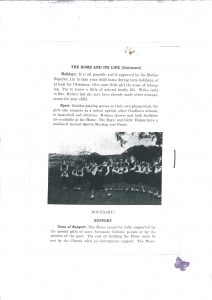 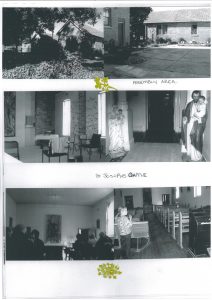 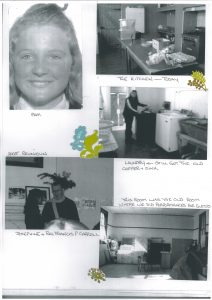 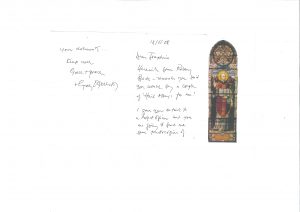 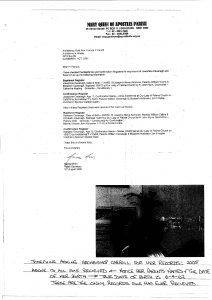 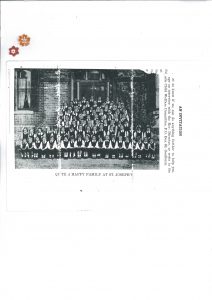 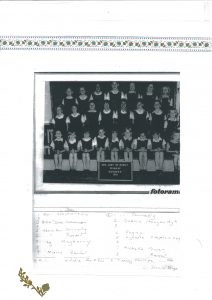 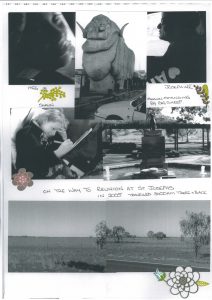 As a child migrant my identity was stolen from me the moment I left my home land, without my mother’s consent. The name that I was born with was changed when I was put into Nazareth House in Belfast. I came to Australia on the [SS] Asturias when I was 5 years old in 1950.

On arrival in Western Australia I was sent to St Vincent’s Foundling Home in Wembley till I turned ‘a big girl’ 6 years of age. When one turns 6 one is sent to St. Joseph’s Orphanage which was next to St Vincent’s. Once placed there I still had my name changed and the date of my birth was changed also. Right away we were given numbers to answer to, put onto our clothes and lockers, my number being number one. Straight away you were expected to work always rising at 6 am every day for prayers and Mass. Duties being – sweeping yards, cleaning toilets, washing and polishing floors in the dormitories, classrooms and long corridors on hands and knees. Children were put in charge of children to be cared for in nurseries, kindergarten and foundling home. Laundry had to be done for private boarding schools and hospitals as well. Huge big washing machines, dryers and mangles which were like oversized irons for sheets and the like. The work was relentless and very tiring.

A lot of the child migrants were, I feel, abused both physically and mentally simply because we didn’t get visitors and had no-one to report the abuses to. Girls were constantly being told that ‘from the gutters of Belfast you came and to the gutters of Belfast you’d return’. Schooling was always under duress, beltings if exam results weren’t good enough or if you couldn’t understand what was being taught. To my mind it was likened to a modern day Oliver Twist, with all the cruelty that went on.

When I was in grade 2 I was informed that I was a very lucky girl because I received a letter from my mother. I was called up to the front of the class whilst the letter was read out to me. I never ever forgot that letter and always wondered when I would get a visit from my mother who said she’d try and come to get me to take me back to Ireland. Every time the door bell would go you’d stop and wait with hope, expecting your name to be called. In the end it would be a joke – yeah she’s walking across water to get me – not ever realising my letters that you wrote were never passed on. My education ended in second year high when I was 15 ½ years. I was sent 300 miles up north to look after 5 children and help around the house. One day I was with 200 kids, the next day 5 children and 2 adults. The quietness was frightening as I missed my school pals terribly. That job lasted six months and the second job for only one month, another country job doing housework for a very nasty and cold family. I was never ever greeted the time of day – just given orders on what had to be done for the day. No payment ever received. The third country job was as a shop assistant which I really enjoyed, but after 11 months I was very upset when told I would have to go back to St. Joseph’s. When her son came to pick me up I locked myself in the bathroom until I was given an assurance that I wasn’t going back. I was sent to a juvenile detention centre which scared me somewhat when I woke up the first morning as there were bars on all the windows and I thought that I had been sent to jail.

Because I rebelled I was given a welfare officer to help me out with jobs and accommodation. It was she who got my mother’s address and encouraged me to put pen to paper. Because I was eighteen I had to correspond by mail till I was allowed to go overseas and visit the family when I turned 21. When I first started to write, my mother told my siblings (2 brothers and 4 sisters) that I was their cousin from Australia. As they were still very young and still at school, not much explanation was needed. In 1967 I met my family for the first time. Being shy, I was very nervous, wondering if I was going to be accepted, but I needn’t have worried as everything turned out well.

When my mother passed away, I took my one year old son with me to the funeral. Sadly, she was buried on my birthday. When my son was eleven, I took him over again so he could meet all his cousins. It was wonderful to see them all together, it was like he belonged and was wonderful to see.

In 1988 I bumped into a school pal and she was telling me that when she received her personal papers from the welfare department, she had a breakdown. You see, because of her Afghan heritage she was dark skinned and in her papers said, although she was a very pretty little girl, she was unsuitable for adoption. We got talking and wondered how the other girls had faired when they got files. She told the doctors that …. the treatment the girls got at the home would come out – so he went to the Wish Foundation and formed an organisation called ICAS (Institutional Child Abuse Society). We went to print and on air and received a lot of support, especially after the radio interview. We got a lot of calls from the boys who were in Clontarf, Bindoon, Tardun and Castledare, telling us about the abuse that took place. We only heard from one or two other girls that they weren’t interested and just wanted to forget. After all this happened the boys formed their own organisations and the world got to hear of the terrible treatment the migrants and Aussie kids received in the institutions of the day.

They did not know what lay in store

Yet in their memories as often recalled,

Where are the families

that they once had

Back in their homelands,

Thousands of children crossing the line

Holidays and memories lasting a lifetime