Helen Harms writes about her experiences and shares photographs from her childhood in Nazareth House, Wynumm, Queensland. END_OF_DOCUMENT_TOKEN_TO_BE_REPLACED

‘I never spoke of the abuse because it seemed normal. I had been abused in the orphanage’. In 1957, Donna, aged three, was sent into institutional care with her sister and four brothers. Donna shared her personal history with the National Museum: END_OF_DOCUMENT_TOKEN_TO_BE_REPLACED 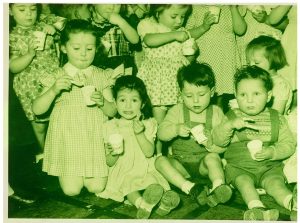 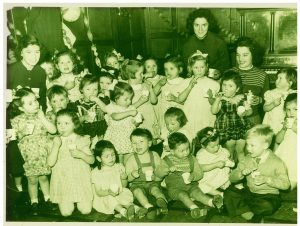 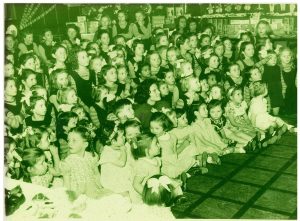 Singer/songwriter Christine Harms was admitted to Nazareth House, Wynnum, Queensland at the age of three and left when she was 13.  Her original song On Eagle’s Wings, recorded in Nashville, Tennessee, USA, is a reflection on her experiences in the Home.

See another of Christine’s tracks, Street Angel, on YouTube

On 15 April 2011 Dennis Fogarty posted a request on our Message Board, asking if anyone had photos taken during 1955-56, of Nazareth House in Sebastopol, Victoria. Gabrielle Short has kindly forwarded the following photos.