Further to her post on 11 July, this year, Priscilla Taylor has provided more letters from her personal government file which show that her mother had very few rights with regard to visiting her. 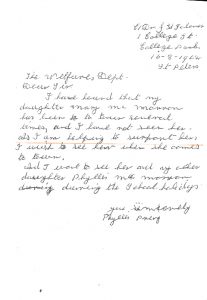 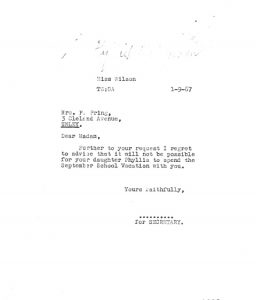 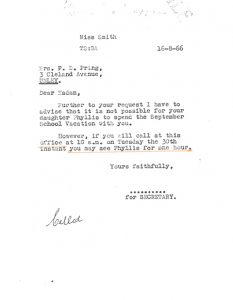 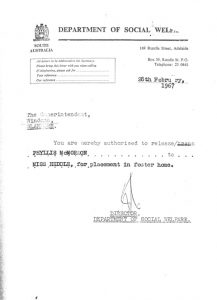 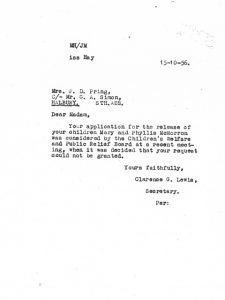 A child’s letters to the South Australian Children’s Welfare chairman help to tell the story of a young woman who spent 16 years in care, and later discovered her mother had written many returned letters to her daughter.

Priscilla Taylor (then Phyllis McMorran) wrote the letters to Mr Cook, Chairman of the Children’s Welfare and Public Relief Department of South Australia in 1961 while she was living in a Foster Home.

While growing up I would cry for my Mother, I would then be told, don’t worry about her, she doesn’t want you. Nobody wrote to me, so during letter writing night I would write to Mr Cook. While it was good of him to reply, I would have preferred letters from my Mother. Yes Mum did visit when I was in Seaforth, a Government-run Home, but during my 16 years under the Welfare, I only spent months, numerous times living there.

During the Mullighan Enquiry, Ted Mullighan asked for a support service to be set up for us. This was the beginning of Post Care Services SA, for Forgotten Australians. While attending Post Care, I spent time coming to know a Brother and Sister. One day the Brother mentioned this lovely lady who had looked after them and given him the happiest of his growing up years, until she died at 50 years of age. Under this ladies bed she kept a box of returned letters, she had written to her two daughters. Yes these letters belonged to me, this beautiful lady was my Mother, Phyllis Dawn Pring. After receiving my files, I also learnt that Mum had also be lied to, and had applied to the Courts of SA, to gain custody back on several occassions.

So as you see, some things are not as they appear.