Below is the memorial plaque that they have put on the site after 107 years, naming 24 babies who died at Parkerville.

They forgot to mention the six others buried here without names.

Below are John Murray’s photographs taken of a re-interment ceremony held on 1 May 2000. Over 100 children’s bodies were re-interred at the site of the former Randwick Asylum for Destitute Children. The bodies were discovered during the rebuild of the psychiatric ward at Sydney Children’s Hospital. An archaeological survey was able to identify 40 of the bodies. 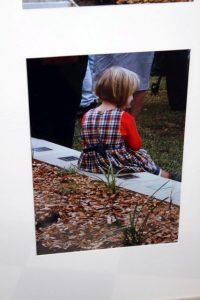 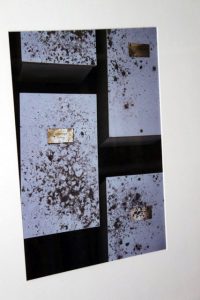 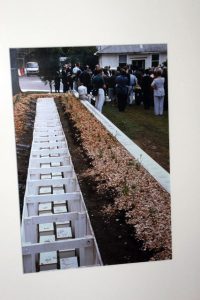 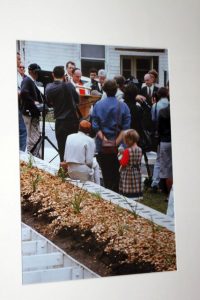 Randwick Asylum for Destitute Children was opened in 1852. The 1873 royal commission on public charities recommended that large institutions for children be closed down and that children be boarded out. At the time of the commission, the Randwick Asylum housed between 700 and 800 children. However, the Asylum did not begin boarding out children until 1883 and did not close until 1915.

And the State Library of New South Wales has the report of the 1995 gravesite excavation.

Former Parkerville resident Bob McGuire shares his photographs of the site and an article from the local newspaper.

These are photos of the graves of children who died while in the Parkerville Children’s Home. This is a very special site to many of those associated with the Home. Crosses burnt by fire have been replaced by concrete ones and a small memorial has been created to those children who died in the Home. 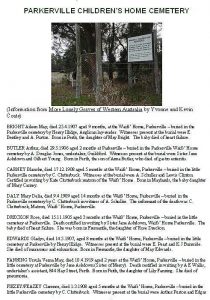 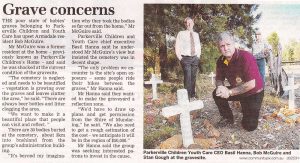 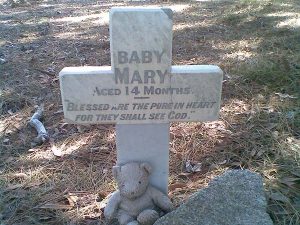 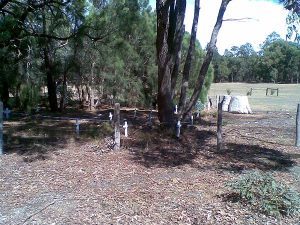 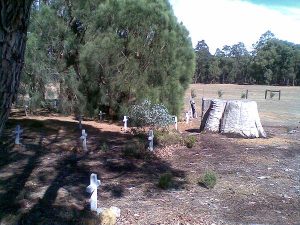 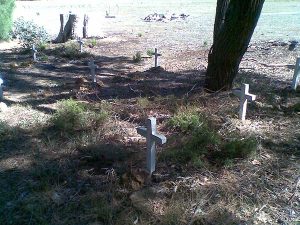 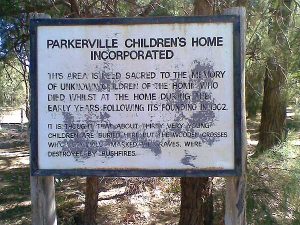